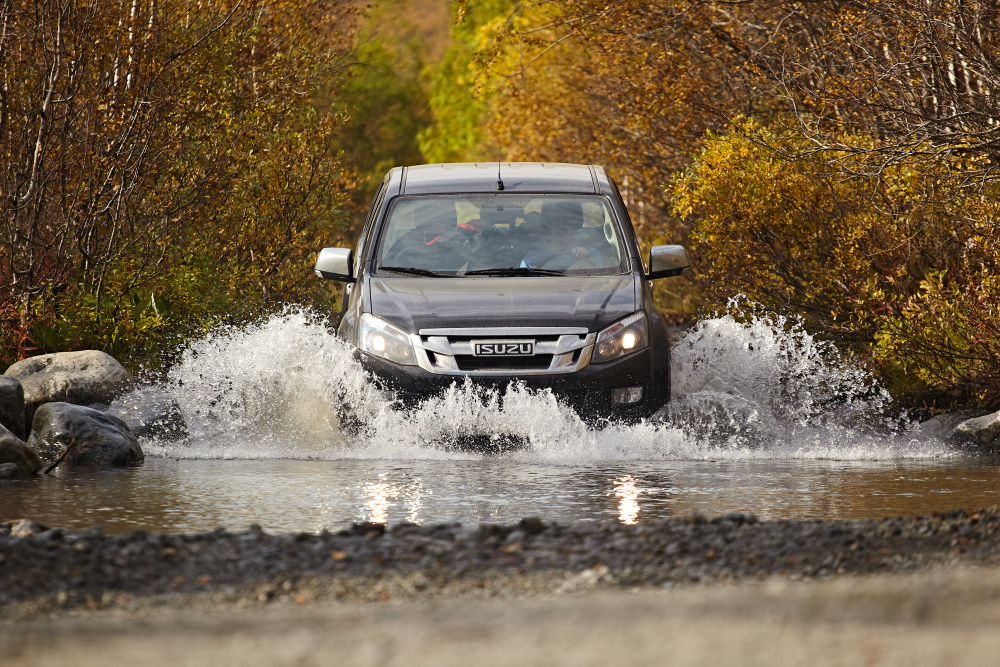 The Isuzu D-Max is a pickup truck, often categorised in the compact pickup class, manufactured by Isuzu Motors since 2002. In 2004, a midsize SUV called the MU-7 was built based on the Isuzu D-Max but featured a covered rear instead of a truck bed. This, however, was not marketed in Australia.

In 2008, the Isuzu D-Max was launched in Australia. This time, it was marketed in its own brand alongside its rebadged sibling, the Holden Colorado (RC series).

The RA series (D-Max) was jointly manufactured by General Motors and Isuzu Motors from the years 2002 until 2012 using the GMT 355 platform. Both versions were re-badged under several marques for the different markets around the world. The following were some of the nameplates used for the Isuzu D-Max RA series:

The first-generation Isuzu D-Max continued to be produced until 2012, but for the Australian market, an RC series was developed in 2008. The facelifted version of the Isuzu D-Max RC series was marketed as Holden Colorado, and it enjoyed immense success.

In October of the same year, Isuzu Motors decided to re-introduce the Isuzu D-Max but under its own name. Marketed by Isuzu Ute Australia, the D-Max was offered in a range of body styles and accessory levels and packed with this powertrain:

This was the same powertrain offered by Holden Colorado at the time, except that the Holden brand also offered two additional petrol engine options. The Isuzu D-Max also became a huge favourite in the Land Down Under just like its Holden version.

The Holden and Isuzu pickup trucks continued to be sold alongside each other in Australia, New Zealand, and neighbouring markets since 2012. Both models still share a common but all-new platform—the GMT 31XX—which is the same platform used by the current generations of Chevrolet S10, Chevrolet Colorado, Chevrolet Trailblazer, Holden Trailblazer, and GMC Canyon.

Aside from the rebranded Holden, the second-generation Isuzu D-Max was also marketed under the following badges:

The new Isuzu D-Max was presented in Thailand with the following engine options:

The gearbox came in the standard 5-speed, but a new 5-speed automatic version (Rev-Tronic with sport mode) was introduced. In Australia, only the 3.0L T/C engine was offered, but trim and spec levels were available for the 5-speed manual and 5-speed auto transmissions.

Globally, the body-on-frame Isuzu pickup was sold in a range of offerings combining RWD and 4WD with single-cab, space-cab, and crew-cab body styles. In Australia, the following trim levels were offered: SX, SX Hi-ride, EX, X-Runner, LS Hi-ride, LS-M Hi-ride, LS-Terrain Hi-ride, and LS-U Hi-ride. All were available in RWD/4WD and manual/auto choices, except for SX Hi-ride RWD which came in auto only and EX which came in 4WD auto only.

For the 2014 model year, D-Max received some updates, including modified rear lamps and DRL.

In 2015, Isuzu introduced the D-Max RT85 model, which featured a larger grille and an 8-inch infotainment system. It also ushered in a new engine (described below) to take the place of the old-model 2.5L engine: