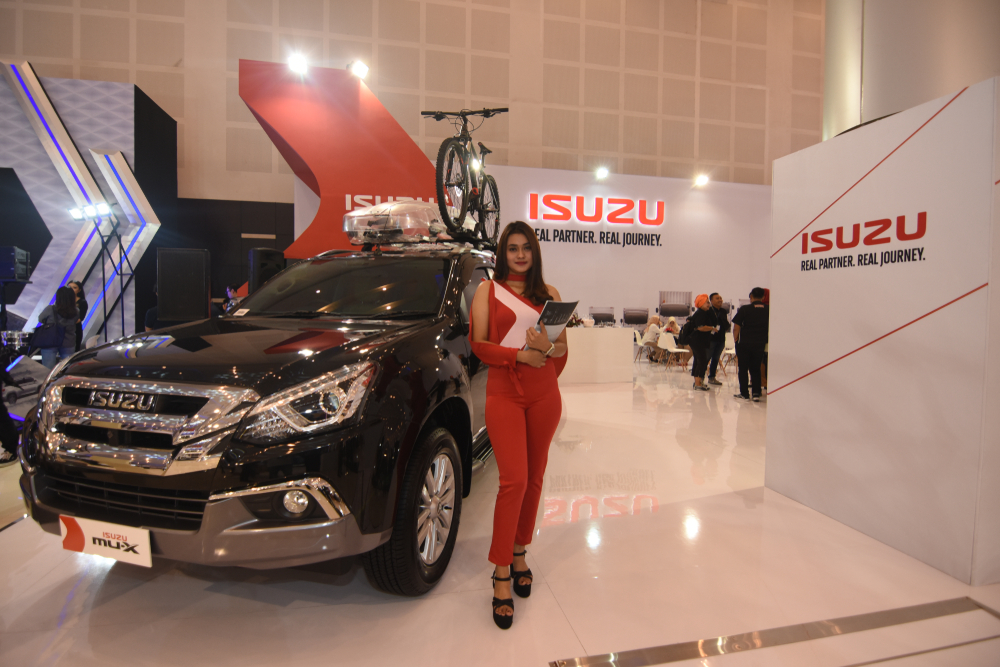 This seven-seat SUV is Isuzu’s first SUV and was based on the Isuzu D-Max ute. So it’s no surprise that the Isuzu SUV inherited D-Max’s tough-truck gene. The MU-X name was supposedly derived from the catchphrase “Makes U X-citing.” In Thailand, where the Isuzu SUV is produced, it is locally referred to as a pickup purpose vehicle (PPV). Today, this truck-based SUV is also being produced in China.

The MU-X is related to Chevrolet’s Trailblazer and Holden’s Colorado 7, both of which were released ahead.

The Isuzu MU-X was distributed in 2013 till the present but to limited markets only, including Australia and some Asian countries. It was initially only produced in Thailand, coded as RF10, and was offered with the following powertrain options:

In Thailand, three trim levels were offered: CD (base), DVD (standard), and DVD Navi (high). The first two levels (CD and DVD) were sold with the 2.5L engine, while the DVD Navi was open to both engine options.

In Australia, the Isuzu MU-X was also introduced in three spec/trim levels: LS-M (entry), LS-U (mid), and LS-T (top). There was only one engine option offered, much like the case with the D-Max, and this was the 3.0L T/C diesel engine. The entry- and mid-level specs were available in RWD (auto only) and 4WD (auto and manual), while the top-of-the-range spec was offered only as 4WD auto. This high-spec SUV competes directly with Toyota Fortuner and Ford Everest, which is not surprising if we consider its value-packed offerings.

The two engines remained unchanged for certain markets. In 2016, a new engine was added, and it has the following specs:

Meanwhile, the 3.0L engine was now paired with a 6-speed automatic gearbox.

The Isuzu MU-X codenamed RF20 debuted in early 2017. It now fashioned new LED front lights and taillights and a plush, two-tone interior. The same engines were offered. In Australia, the same sole engine was available but now paired with either a 6-speed manual or 6-speed sequential automatic gearbox. The range-topping spec level was also now offered in both RWD and 4WD versions.