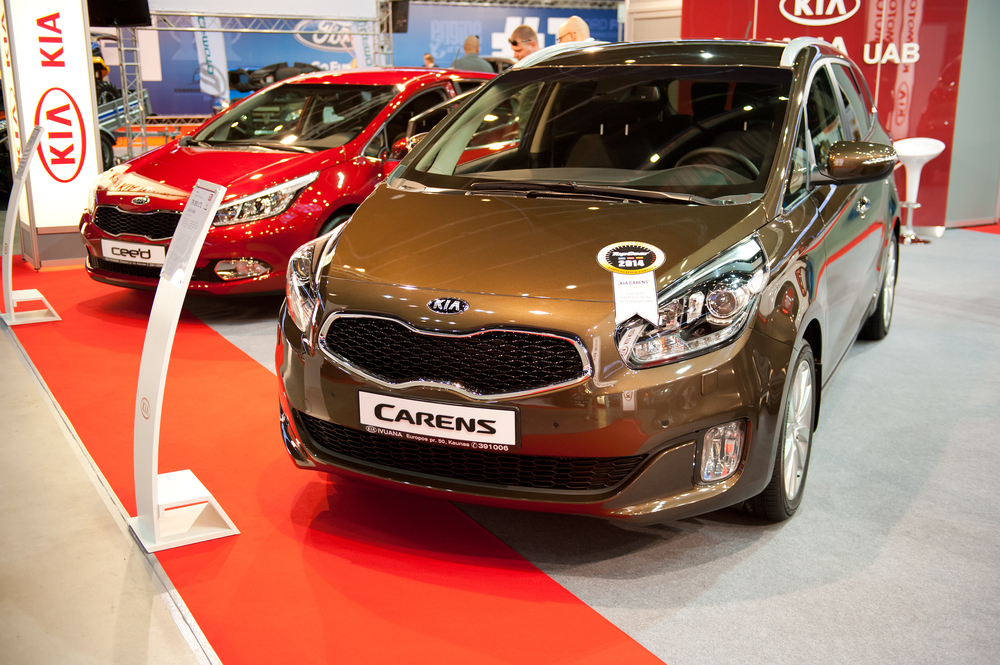 The Kia Carens, aka Kia Rondo, is a compact multi-purpose vehicle (MPV) with a station wagon body style. It belongs in a class of vehicles called M-segment and sits between the mini and large MPV size categories. The first generation was marketed in Australia as the Kia Carens, with the second generation taking on the Kia Rondo nameplate

Compact MPVs like the Carens are a family-friendly car that can seat five-seven passengers comfortably with ample room for luggage in the trunk. They remain quite a big hit in the European scene but are also manufactured and sold in several North American, Latin American, and Asian markets.

In May 1999, South Korea’s Kia Motors Corporation (KMC) unveiled the first-generation Kia Carens—a spacious five-door station wagon—which was up for grabs in markets across the globe. It gained global recognition over the years under several names, notably as Kia Rondo, a name derived from a musical term.

In Australia, Kia’s first-generation Carens entered the market in 2000, powered by a 1.8L FP 4-cyl petrol engine (81 kW, 152 Nm) paired with either 4-speed auto or 5-speed manual. This 6-seat people-mover came equipped with a driver’s airbag, automatic AC/climate control, tilt-&-telescopic adjustable steering wheel, central locking, cloth trim, power mirrors/steering/windows, and a 4-speaker radio CD. A year later it was discontinued, to be reintroduced in 2008 as the Kia Rondo.

In Malaysia, the RS model was marketed initially as the Kia Carens. Starting January 18, 2005, however, the Kia Carens came to be known as Naza Citra. Much later, in June of 2009, the Naza Citra received a much-needed upgrade.

By 2005, Kia had already introduced the Multi-S concept for the company's second-generation Carens at the Frankfurt Motor Show in Germany. Dubbed as the Kia Rondo in most countries, the Multi-S stands for Sporty, Spacious, and Smart.

Kia unveiled its second-generation Carens (the UN series) in 2006 for the 2007 model year, premiering at the Los Angeles International Auto Show in 2006. North America named this generation Rondo, while Australia gave it the Rondo 7 nameplate, a reference to the seven-seat capacity.

Sales in North America and Canada started coming in December 2006, while in the US it began in early 2007, and in Australia, in April 2008.

In the US alone, the Kia Rondo’s sales exceeded its targets with over 20,000 thousand units sold for each model year (for 2007 and 2008). In spite of this initial success, the 2009 model year brought down sales fast and showed no improvement after that.

Hence, Kia had to discontinue the Rondo in the US in August of 2010. The company, however, continued marketing the 2011 face-lifted model of Rondo in Canada, which donned Kia’s brand-new grille.

Elsewhere in North America, the Kia Rondo was offered in two preferences – as a five- or seven-seat car outfitted with either a standard 2.4L 4-cylinder engine (130 kW) or a more powerful 2.7L V6 engine (143 kW).

Meanwhile, in Australia, the Rondo 7 was offered with a 2.0L G4KA 4-cylinder petrol engine (106 kW, 189 Nm), and a choice of either a manual or automatic transmission, depending on the trim level.

The same engine powered the Rondo for the rest of the generation, albeit new trim designations were used, and the interior and exterior received updated equipment.

In September 2012, Kia launched the third-generation Carens/Rondo (RP series) at the Paris Motor Show and began selling it in March 2013 in South Korean markets.

The RP series in Australia is available in two engine choices, namely:

Both engines can be mounted to a 6-speed automatic or manual transmission. In the United Kingdom, a 1.6L GDI petrol engine is also available and comes with either a five-seat or seven-seat configuration for more legroom and travelling comfort.

In North America, the Kia Rondo was available only in Canada and eventually came to an end after the 2017 model year due to declining sales.

In the country, it was marketed in three trim levels – the Platinum, Si, and SLi. Both Si and SLi models were available in petrol and diesel variants, while the Platinum was only offered with the 2.0L petrol engine. The latest models of the Rondo are equipment-packed. The base model alone now includes chrome grille surround, child-proof rear door locks, door-ajar warning, dusk-sensing headlights, mobile phone connectivity, multi-function steering wheel, roof-mounted rear spoiler, satellite navigation, and speed-sensing auto door lock, to name some of the new features offered as standard.

By September of 2016, the Carens/Rondo received a much-improved make-over, which included newly-designed wheels, lights, fascia, and an expanded Kia tiger-nose grille. The previously offered 1.7L diesel machine was upgraded and now generated up to 104 kW and 340 Nm. The 6-speed automatic transmission was soon replaced with a 7-speed dual-clutch transmission (DCT).

Through Kia’s partnership with DreamWorks Animation, the Carens/Rondo was cross-promoted with the 3-D computer-animated film, The Croods, in March 2013.