Know A Car Brand By Its Face: Signature Car Grilles

Nobody's going to buy a car with the company logo printed all over the hood or the side doors – that would be too loud. The identity of the brand has to be emphatic and recognisable yet subtle at the same time. That's the reason for a carmaker's design language, and part of that is a signature car grille on the front of the vehicle.

That’s right, a car grille! Many people don’t realise that. Think about your favourite car brand, then compare all of their different models. Quite often, you’ll see that they have similar car grille designs.

To show you what we mean, we've listed a few signature car grilles that you've undoubtedly seen around.

See if you recognise any of them! 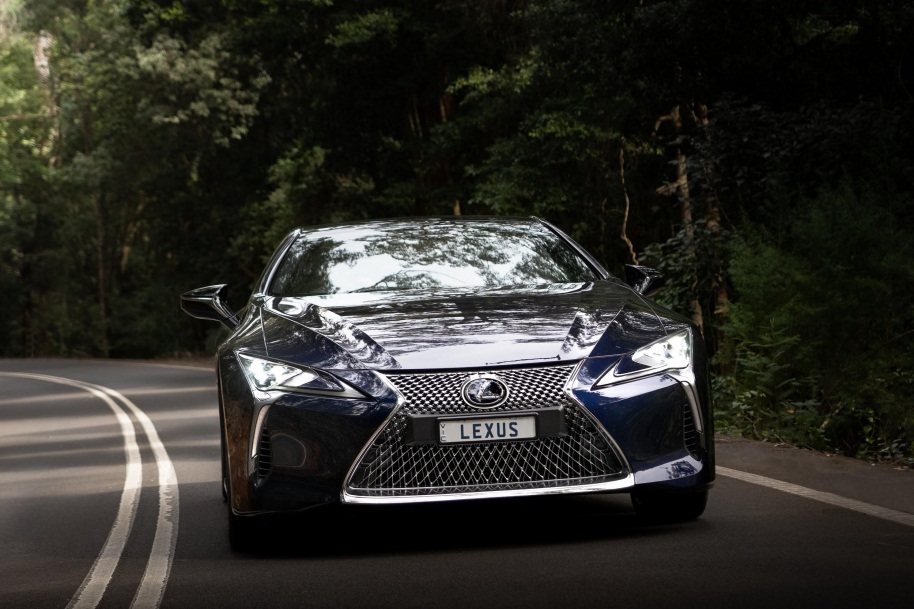 Photo by Max Ravier from Pexels

First, we have the Japanese luxury vehicle brand Lexus. The signature car grille for this brand is easy to recognise once you realise that it is shaped like a spindle.

To put it in words, the spindle shape means that the car grille is tapered close to the middle with the top and bottom sides wide and spread out.

Lexus’ spindle-shaped car grille has several variations. Some of them, like the mesh variation of the spindle grille on the Lexus LS, apparently took their designers three and a half years to complete.

Why did it take so long? Who knows. Maybe it’s an indicator that Lexus designers don’t like to rush perfection, whether it’s for the signature car grille or any other part of their vehicles. The Lexus spindle grille is called many names – bold, faultless, and even downright ugly. One thing is sure, it’s deviant. 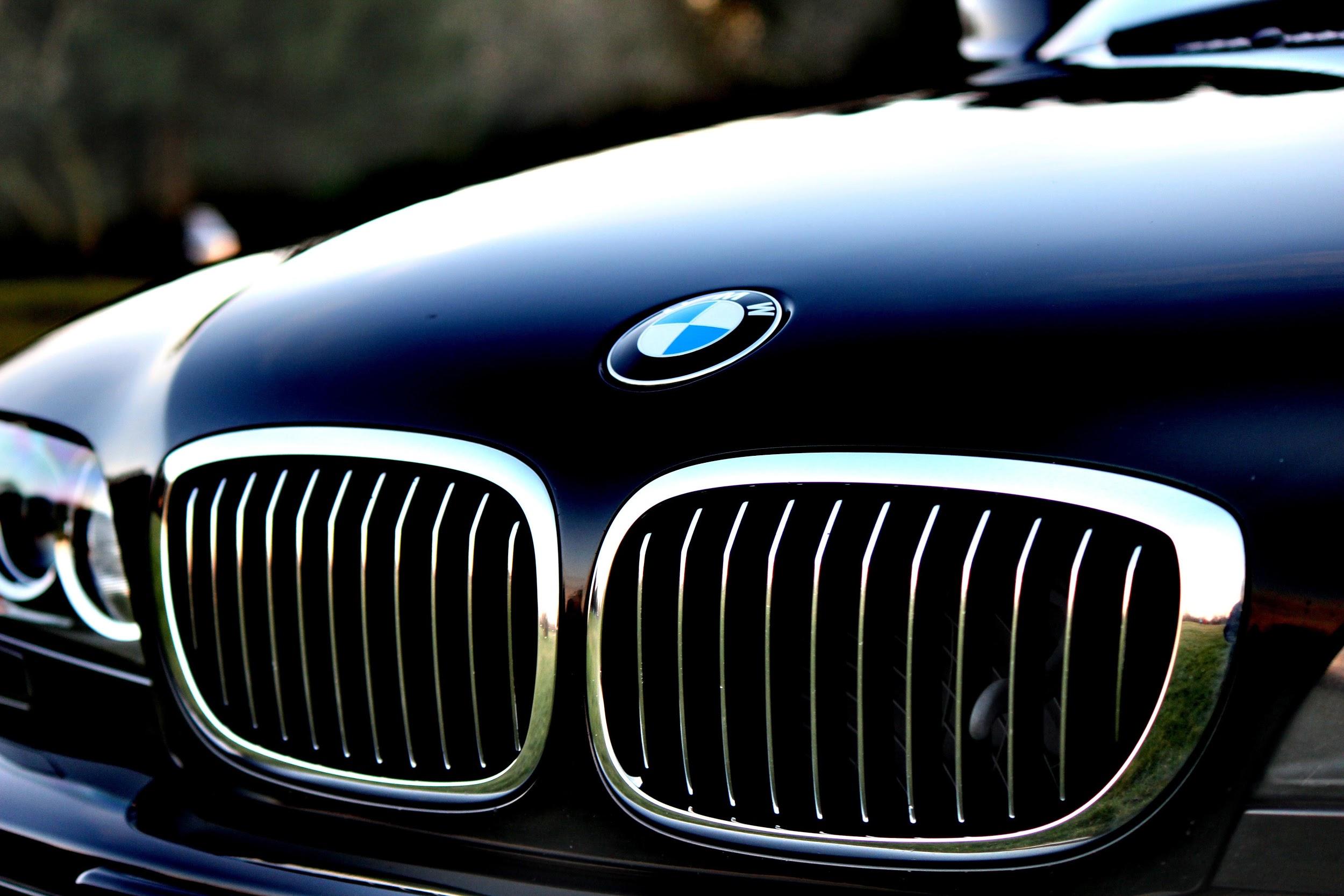 Photo by Megapixelstock from Pexels

Now, if you don’t recognise the BMW signature car grille already, you're probably not a car person. Even regular joes that aren’t into cars will know a BMW when they see one. In part, that’s thanks to BMW’s kidney-shaped signature grille.

The story goes that BMW designer Franz Fiedler once saw a custom-built roadster that had double radiator grilles with kidney-like shapes. As many great artists do, Fiedler took inspiration with that design and decided to use it for his own creations.

Back in the 1930s when the grille first came out, worn by the BMW 303, it didn't look anything like the ones you see today. Still, the shape remains the same, and that’s why people old and young will recognise it on a BMW when they see one. 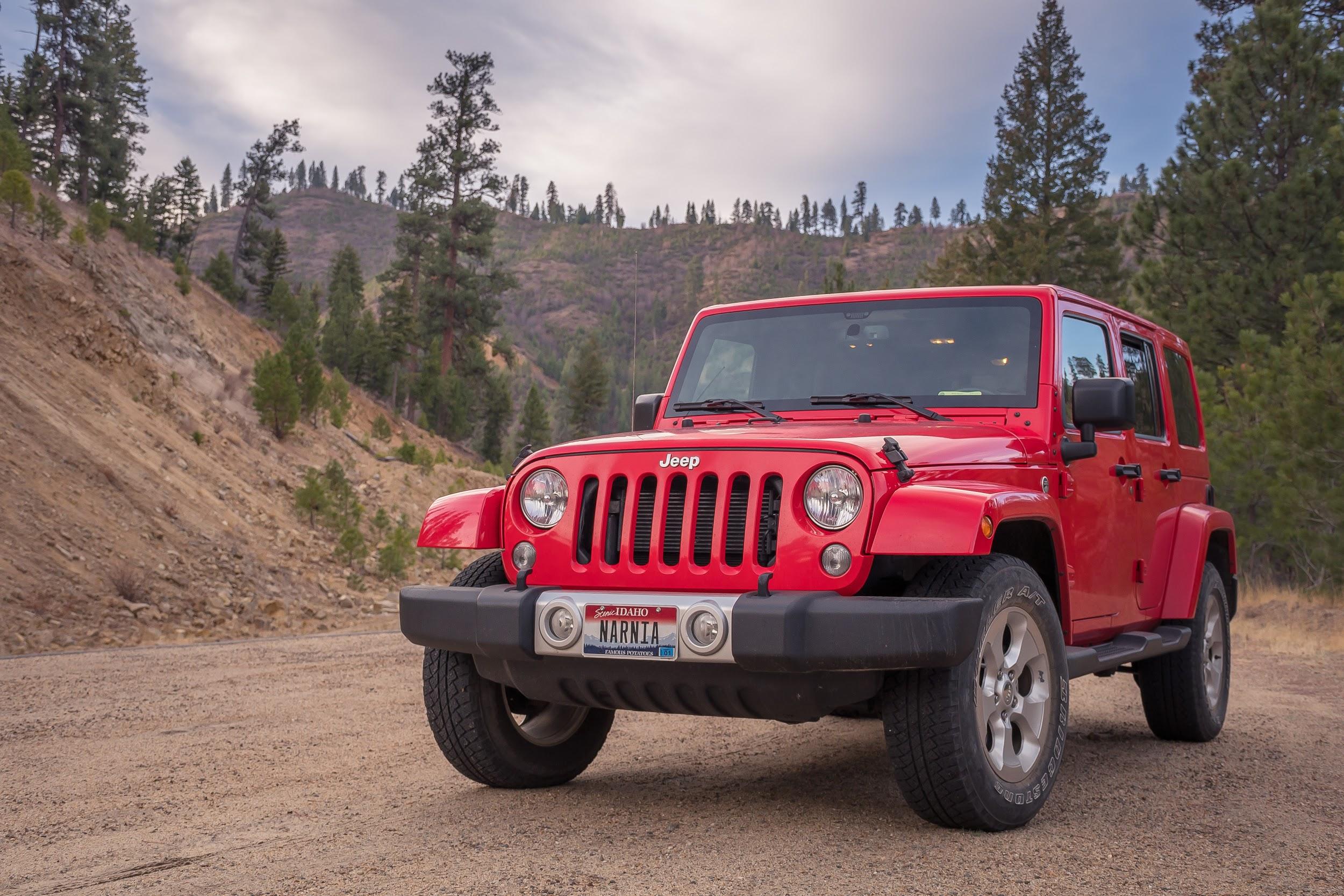 Photo by Brett Sayles from Pexels

When it comes to signature car grilles, you’ll find them on pretty much any manufacturer’s lineup. It’s not just something practised by luxury brands!

On the Jeep, for example, you'll notice that all of their models have seven (precisely seven) vertical slats for its grille. As with any brand, there are slight differences between the grilles on older versus newer models, but that’s normal.

As you might already know, Jeep used to make military vehicles in World War II. Even back then, those Jeeps utilised the exact same grille design. 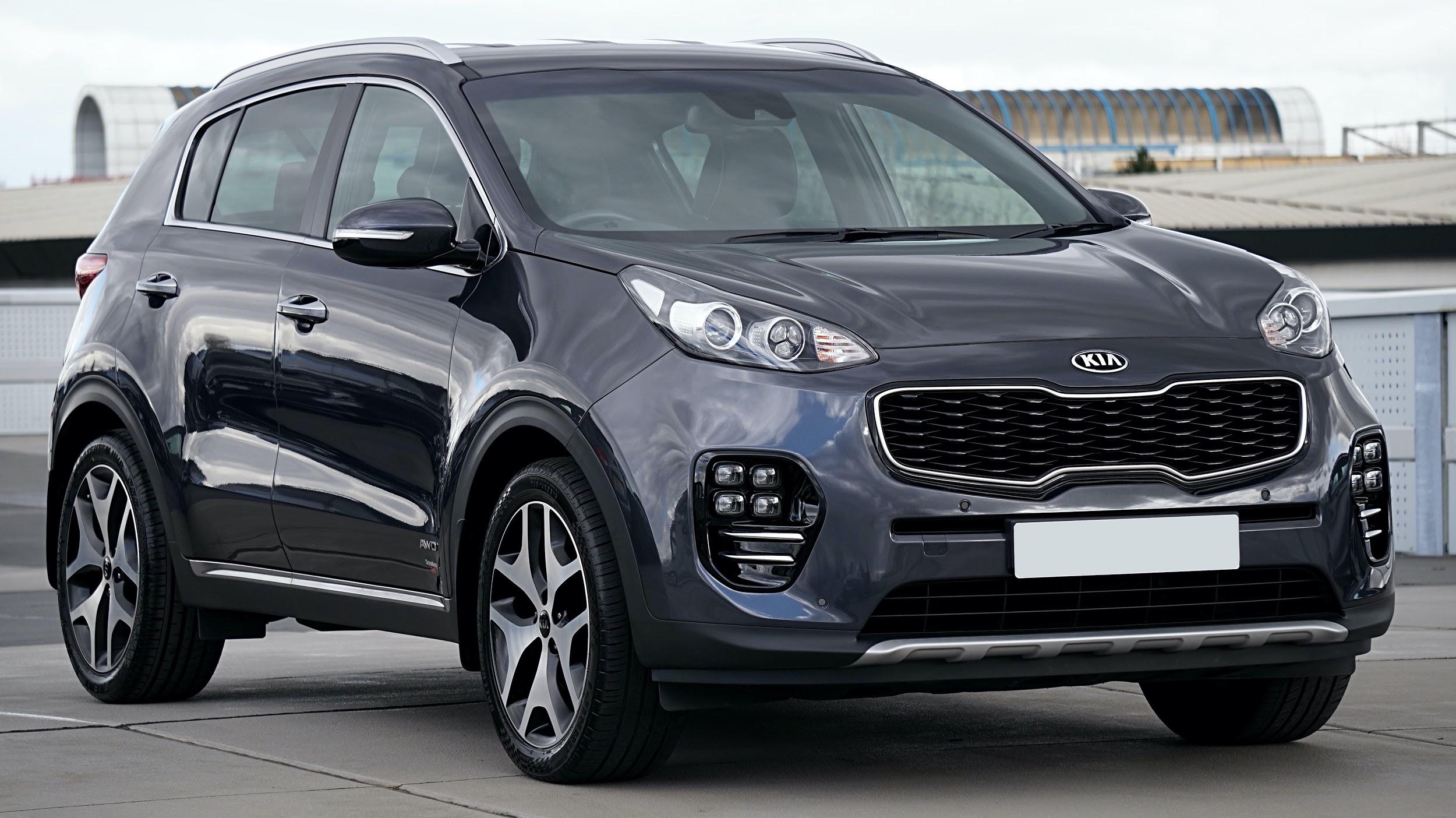 Photo by Mike from Pexels

Next on this list is South Korean carmaker Kia. If you take a look at their cars, they all carry the brand’s signature car grille, known as the ‘tiger nose’.

The reason for that name is pretty apparent. The signature front grille you’ll find on Kia vehicles bears a striking resemblance to the nose of a tiger.

Different Kia cars will see slightly altered versions of the signature grille, but all the same, it's a 'tiger nose' you'll find on all Kia vehicles. That’s the advantage of the Tiger Nose, according to Peter Schreyer, the man behind the Kia Stinger and the corporate grille. He referred to the Tiger Nose as very flexible – it can be designed wider, higher, lower, or smaller and still retain that distinctive look. 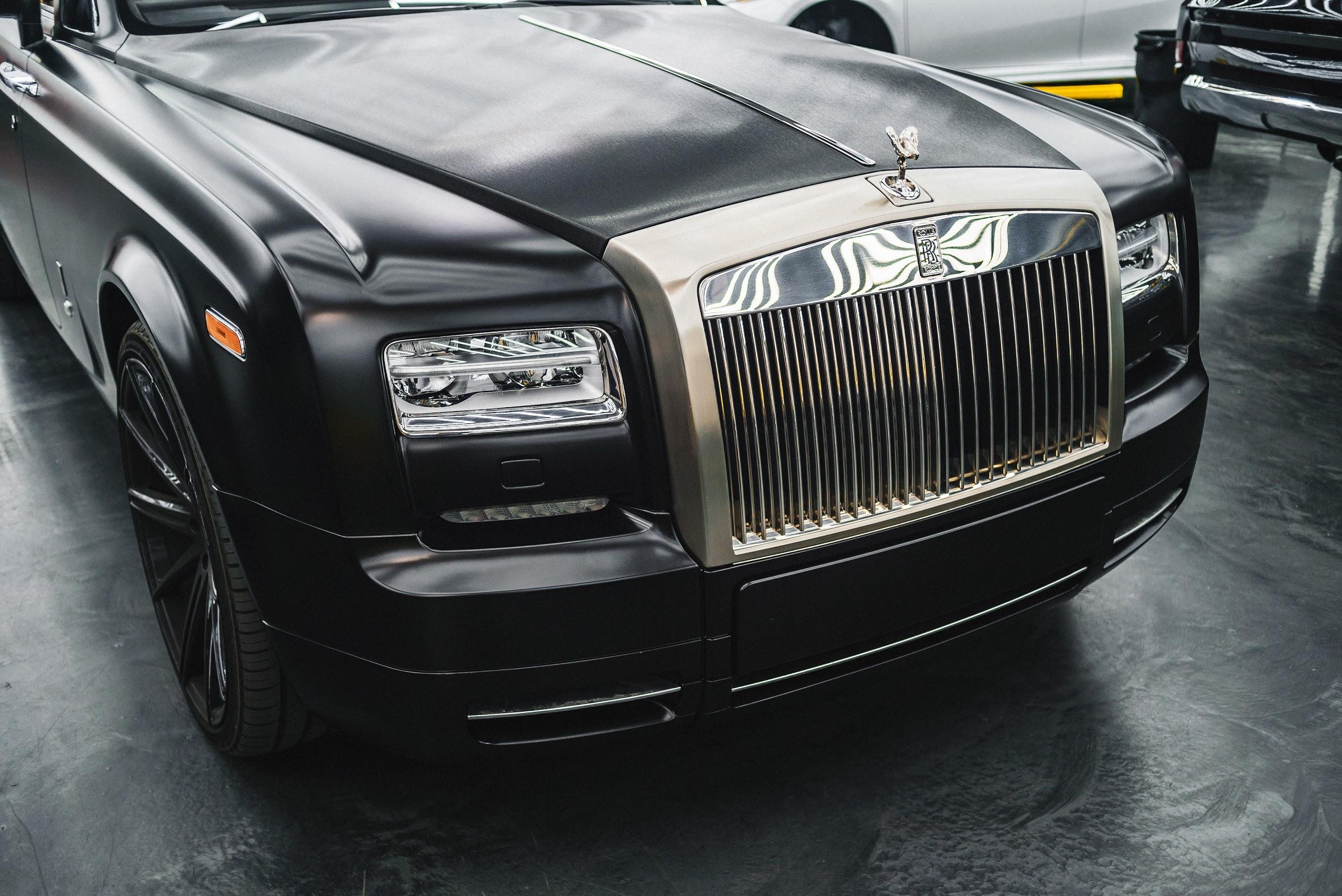 Photo by Jae Park from Pexels

There’s nothing much to say about it, really. It’s big, it’s rectangular, with plenty of vertical bars from left to right. The sight of this grille is enough to intimidate anyone on the road, mostly because it's blatantly communicating to you that the vehicle is expensive and whoever’s inside it is probably a VIP.

Most notably, this grille always comes paired with the signature hood ornament, called the ‘Spirit of Ecstacy’.

What is the purpose of a car grille?

No matter how beautiful any of these signature car grilles are, it’s important to remember that they’re not all about flash. Car grilles also play a crucial part in the car’s overall function.

The primary purpose of the grille, regardless of how they design it, is to let air flow into the engine bay easily, mainly to cool down the car’s radiator. If you think about it, if any of these cars had no grille at all, there would be minimal airflow under the hood.

Your car may or may not overheat as a result, but it’ll definitely run hotter than it usually does.

If you’re fascinated by car grilles and would like to read up more about other car parts, check out Carpart.com.au’s Blog. There, you can read articles that show you everything you need to know about cars, from the front where the signature car grille is located, all the way back to the exhaust pipe.

Back to all articles