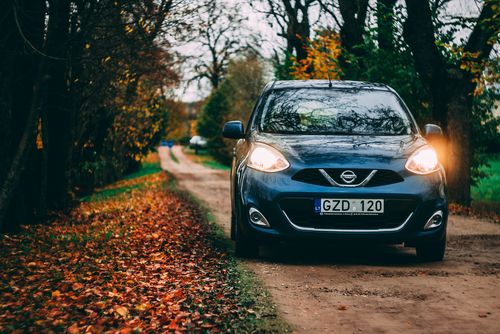 The world has not seen a mini like the Nissan Micra. Despite its rather small stature, the Micra has wiggled its way through auto giants of the world to earn its place as the popular supermini it is.

Performance-wise, it too has evolved from a gawky slow-accelerating mini to an agile force to reckon with on the racetrack. Sporting a 1.0-litre M281 inline-4, the Micra has proven that it has what it takes to survive the competition.

Despite this long history, the Micra has seen a rather short reign in Australia following a ten-year production break from 1997 to 2007. However, it managed to bounce back into the scene fresher than ever before to claim the first spot once again. Let us now look at the Nissan Micra.

The Micra first debuted in 1994 in Australia as both a 3-door and 5-door hatchback. It came powered with a rather small but powerful 1.3-litre CG13DE inline-4 engine that was standard across three trims of production. These three were the base LX model, the super SLX model and the premium Super S model trim. The LX and Super S were both 3-door 5-seater cars that came with a 5-speed manual gearbox. The SLX, however, was a 5-door 5-seater hatchback that had a continuous variable transmission.

The Micra’s first-generation maintained its production form up until 1995 with only 303 units purchased. The Micra was a representation of class due to its dynamic chassis, and balanced suspension. It had a roomy interior with high build quality materials

However, due to high-class materials and high costs of importation, the Micra was too expensive for the Australian market, and sales did not catch on. Australian market opted for more affordable supermini counterparts like Hyundai Excel, the Daewoo Cielo and the Ford Festiva. The K11 sank further because of the dismal rating that it got in crash tests. Following this downward spiral, Nissan dropped the Micra K11 in 1997.

Australia saw its first generation of the refreshed Micra from 2007 as the Micra K12. The Micra came as a facelifted version of the original K10 but featured all the iconic bits and pieces of the Datsun Micra back in the day. The K12 was a five-door hatchback that tore down the asphalt with a 1.4-litre CR12DE inline-4 petrol engine. The only version that was made was the City Collection model, which came with a six-disc audio system and six-spoke alloy wheels and featured side curtain airbags for safety in the event of a crash. The Aussie version had its indicators built-in with the headlamps.

The Micra Australian second generation rolled out in 2010 and originally came as the W02A. However, Nissan changed the product code back to K13 and landed the new release under the Micra product line. It quickly became an auto sensation with the Micra selling under the new type V-platform. The K13 features a 1.2-litre HR12DE 3-cylinder engine with 59kW of power and 108Nm of torque.

2012 saw the release of the supercharged Micra that had an almost similar 1.2-litre HR12DDR that was available in Europe. Australia got the 1.5-litre HR15DE and 1.6-litre HR16DE version of engines. These releases have a fuel mileage of 18km/litre. It also featured idling stop technology that stopped gas consumption while in the idle mode that improved fuel economy by 2km/litre. Nissan packed in it an automated variable power control system for generating power through its alternator to ease dependence on fuel for power output. It also had a charging regenerative brake charging.

The new Micra was optimized for maximum nimble performance and agility. Its new sleek body shape reduced the Micra’s drag coefficient to 0.32, which is achieved with a tweaked roofline and a raised rear end that shifted airflow to the sides. Its improved doors and side mirror design, as well as underbody specifications, were also factored in to reduce drag. Topping all these changes was Nissan’s most significant improvement on the Micra – its weight. The new Micra now stood at 915kg, which was far more lightweight than any of its mini rivals at the time. The Micra appealed to a wide market demography because it was oddly unisex and managed to be sporty as well. It sold a whopping six million plus units.

In 2013, Nissan started a project to have a new Micra in the production line to run concurrently with the Nissan Micra. It was codenamed the New Micra and had notable changes from its running counterpart like modern exterior styling on the front grille, a newly designed bonnet, stylish wings, headlamps and front bumper. It also featured 15-inch alloy wheels and came in two paint options – Pearl Metallic Blue and a Platinum Sage.

The Nissan Micra fourth-generation rolled out of the production gates in 2017, sportier than ever. As before this, Micra maintained its body form as a 5-door 5 -seater supermini. It is a front-engine four-wheel-drive hatchback sporting the Nissan V platform. The Micra gets power from a 1.2-litre K9K inline-4 engine with a 4-speed automatic transmission and only comes in two trims, the base S and luxury Ti trims.

The new Micra comes with modern upgrades, including trace control that takes care of understeer. However, Nissan has not yet released this version in Australia, choosing to retain the fourth-generation K13 release instead.

Nevertheless, the word is out that soon enough, the K14 will be rolling down Australian streets and highways. Despite this slight delay, the previous Micras are not any less of a masterpiece. They still drive down the streets like a little boss.

If you are refurbishing an old or decommissioned Micra or are just in need of auto parts to tweak your daily ride, we are the perfect site for you. Carpart is your gateway to the best dealers of car parts in Australia, so check us out now at Carpart.com.au or send us a request to find auto parts and accessories for your Micra or other models!