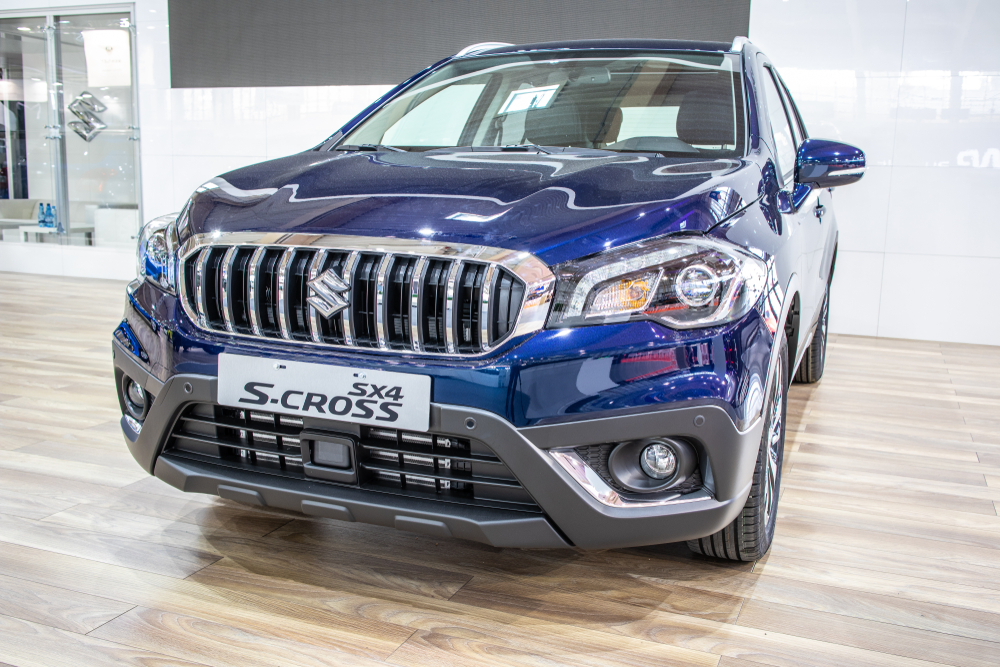 The Suzuki S-Cross is a compact crossover SUV or small SUV by FCAI classification. It’s a second-generation Suzuki SX4, which was produced as compact sedans and hatchbacks by the joint venture of Suzuki Motors and Fiat S.p.A. from 2006 until 2013. The Suzuki S-Cross SUV, on the other hand, was produced by Suzuki with a wagon body style from the time it succeeded the SX4 in 2013 up to the present.

Taken apart from its predecessor, the SX4, the Suzuki S-Cross has a pretty short timeframe. However, it has undergone several upgrades and facelifts from 2013 to the present time, and this article shows the details below. (For information about the SX4, please refer to a separate section primarily written for it, also in this website).

A futuristic concept car, which showcased what was to become the Suzuki S-Cross, was exhibited during the Paris Motor Show in 2012. In 2013, the production version was shown at the Geneva Motor Show. Shortly, the S-Cross hit the market. They were launched as Suzuki SX4 S-Cross and were built as small wagon-bodied SUVs but significantly more prominent than the SX4.

In Europe, the S-Cross started selling before the close of 2013. The European market was offered two powertrain versions at that time: 1.6L diesel and 1.6L petrol engines mated with manual or CVT gearboxes.

The S-cross was initially sold along with the SX4, which Suzuki previously announced would not be phased out. Unlike the SX4, the S-Cross was not marketed as a Fiat. In early 2014, however, the production of the SX4 was halted. When the last of the SX4s rolled off the production lines, it was replaced by the Suzuki Ciaz, with the X-Cross competing in the SUV market segment.

The new Suzuki SUV was marketed in Brazil, Mexico, India, Indonesia, and Australia, but not in the United States and Canada. In Indonesia, it was rebranded as Maruti Suzuki S-Cross. In Australia, it was known merely as Suzuki S-Cross. A 1.6L petrol engine powered it (86 kW and 156 N⋅m), available in three trim levels and 4x2 and 4x4 drivetrains. However, only the 4x2 option was available in both manual and CVT gearboxes. The 4x4 models were all offered with a CVT gearbox.

In 2015, there were more choices to the range of models offered, though the manual drivetrain remained to be an option for the 4x2 models only.

In 2016, new options were offered for the Australian market—a 1.4L turbocharged petrol engine (103 kW 220 N⋅m) paired with 6-speed auto transmission as standard and an AWD drivetrain packed in the top-of-the-line trim level.

A facelift in 2017 included new headlights and LED position lamps/DTR lights. This also involved significant upgrades, such as the new 1.4L Boosterjet turbocharged petrol engine and the AWD option for markets that have not received these offerings earlier.

In India, the only available powertrain was 1.3L turbocharged diesel engine matched with 5-speed manual transmission.

In 2013 when it was released, it was tested for road safety by the Euro NCAP where it scored over five stars.